In response to The Daily Post’s writing prompt: “Blogger With a Cause.”

If your day to day responsibilities were taken care of and you could throw yourself completely behind a cause, what would it be? 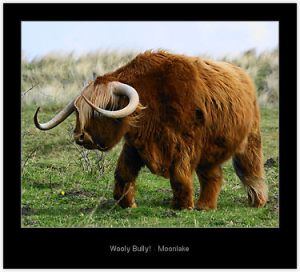 Have you ever wondered just what Woolly Bully means?  I’m a sucker for songs and I find myself endlessly dissecting them to understand their meaning.  (Hmmmm….must be the writer in me…)  In the opening lyrics of this song we are given privy to a conversation between Hattie and Mattie talking “…about a thing she saw…had two big horns and a woolly jaw…wooly bully…”
No you may ask, and rightly so, “What the hell does this song have to do with today’s writing prompt of, “(if)  you could throw yourself completely behind a cause, what would it be?”   The answer…absolutely nothing.  It’s just the way my sick brain works.  I was contemplating my response, as to what cause I would choose and after only a moments thought I decided to become a caped crusader with the mission of eradicating bullying in America .  Immediately I pictured myself in tights leaping off a building singing, Wooly Bully.  (See, I told you I had a sick mind)
Did you know that 1 in every 3 students become a victim of bullying?  As a student I was the 1 of the 3.
I know how it feels to be belittled, laughed at and even threatened with bodily harm.  I can still remember the very first time.  I was in kindergarten and the three girls sharing my table poked fun at my clothes and  the bruised banana I had brought for snack time.
Most of the bullying I endured occurred during middle school and junior high.  You know, the usual taunts of  freckle face, beat by the ugly stick (that was the most painful) and  I would be better off dead than to have red on my head. Already suffering from low self-esteem these taunts convinced me that my doubts  were indeed the God’s honest truth.  I was a stupid, dumb and ugly.
Adolescence and puberty are hell to navigate, especially for  girls who are constantly pressured  to fit into some ridiculous cookie-cutter of perfection.  Is it any wonder as to why  words like ugly, fat, loser, gay, slut and whore are so devastating and often leads to suicide?  The US Department of Justice estimated  approximately 164,000 kids routinely skip school to avoid being bullied.  Don’t tell me bullying is not a problem!
Sadly, bullying doesn’t end with childhood; it often follows us into adulthood.  Whether if it’s about one’s race, size, gender or sexual orientation, the fact is bullying flourishes within our grown up world as well.   Shortly after Corinne and I became a couple I received a letter in an envelope with no return to address and no  name after its salutations.  Basically the anonymous (and may I say cowardly) writer described their desire to mutilate my body and  then “use it to wipe up the one-stop-light town I called home.    It frightened me to the point,  I purchased pepper spray and  registered the letter with the county sheriff’s department, on the happen-stance, I were to be harmed.  I never discovered the letter’s author (although I have my suspicions and perhaps they are even reading these words)  nor did I experience any physical harm. (wish I could say the same of emotional harm)  In response to letter,  Corinne and I held our heads high, went about our daily routine and thanked God for the love we had found in each other.
In 1862 the phrase, “Sticks and stones my brake my bones, but words will never harm me.” first appeared in The Christian Recorder, a publication from the African Methodist Episcopal Church.  I’m quite sure the author meant well and only wanted to encourage the victim of bullying to ignore the taunts and to refrain from physical retaliation.  I’m puzzled and admittedly scratch my head at the logic of this of solution.  I disagree with the 19th century writer.  It’s high time we stop ignoring the problem!  Words hurt like hell and its pain, not easily shaken.  On the contrary,  it adheres itself to our inner core, and echos its poison the rest of our life.
Wake up America!  It’s time to take the bull by the horns and never let go…wooly bully…
The following are quotes from celebrities about bullying: 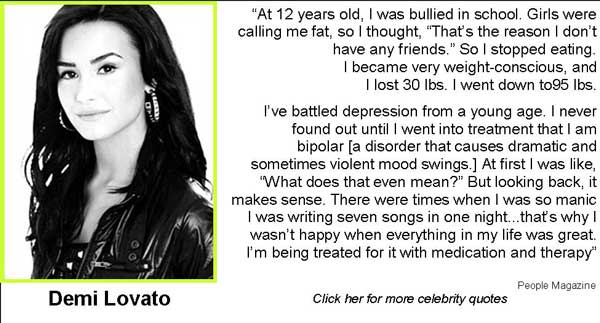