It almost never fails.  Soon after I take a seat at my desktop to write, Luna, the nemesis gracing the headline of this blog, comes and plants herself in the center of my chest, gazes at me with demanding eyes and taps the side of my face with her gigantic polydactyl paws.

I used to be one of these writers that believed when inspiration “hit” you’d better write it down quickly before it slips away.  I no longer subscribe to that idea.   I’ve found if the general idea is of any worth it lodges itself in my psyche and patiently awaits for my retrieval.  However, it is good to have paper and pencil in hand to jot down the random ideas that pop into my head, but I don’t feel the pressure to rush to my desktop to write like a mad woman before the well of inspiration runs dry.  Later, when I sit to write I glance at my scribbled scratches and the ideas materialize and become a creative energy that blossoms like a rose.

As a writer, I’ve learned to rely upon this creative energy, and so I don’t panic when Luna jumps into my lap for love.  I may become impatient, and if I do I remind myself that this little creature finds joy in my presence.  My heart warms at the thought, so I hold her in my arms, and talk to her like a doting mother would talk to her baby, and I am filled with joy.

Isn’t it amazing how joy can be found in something so simple?

What a concept!  It’s so simple that most of the time we overlook and even bypass those things that contain great nuggets of joy.

The disciples of Jesus were guilty of this.

One day, some two thousand years ago, Jesus was teaching in the region of Judea beyond the river Jordan.  The Pharisees came and asked him a trick question hoping to trip him up. Jesus was in the throes of this important conversation when a group of parents attempted to bring their children for his blessing.

His well-meaning disciples told them not to bother Jesus with such trivial matters…after all, he had a theology to debate, sick to heal, and souls to save.  But, Jesus looked up from these “important tasks” to witnesses the children being turned away.  I’m sure he noticed their disappointed faces.  Surely, the children felt rejected by Jesus, even though it had been his disciples that turned them away.  No doubt the children faces were streaked with tears from the hurt of his rejection.  Jesus, they thought, was too busy and had no time for mere children.  Seeing what was happening, Jesus became angry at his disciples and he called out (I believe with a loud voice)…

“Let the children come to me.  Don’t stop them!  For the Kingdom of God belongs to those who are like these children.”

Can you relate to these children?  Do you feel Jesus is too busy for you?  Perhaps you feel his rejection because of “this sin” or “that sin” you may harbor in your life.  Have you felt the judgment of others and mistakenly believed it to be God’s judgment as well?

Once, many years ago, a “well-meaning man of God,” warned me of God’s imminent judgment.  I can still hear his voice saying…

“God is going to kill you.  It may not be today and it may not be tomorrow but mark my words, if you don’t repent of your sin of lesbianism, He will kill you.”

I remember that night well.  I was standing in my kitchen with the phone to my ear hearing his words…

“God hasn’t told me to stop praying for you, yet…but when he does I’ll know it’s time to get in my car and head south in order to attend your funeral.”

As I listened to his words, I became just like the children who had been turned away by Jesus’s disciples.  Tears streaked my face and the darkness of God’s rejection shook me to the core.  For days and weeks afterward, I was paranoid, carefully watching for some wayward driver careening out of control, and on a collision course for me and my little Toyota Tercel.  In time and through my constant faith in a loving God, my fears eventually subsided and gave way to a peace I didn’t understand.

As a Christian lesbian, I look back upon the unsure days of my “coming out” and realize Jesus’s presence was with me through all the tears and sleepless nights.  Just as he did to the rejected children, Jesus beckoned me to come, and he took me in his arms, placed his hands upon my head, and gave me the blessing of his unconditional love.

There are so many “religious folk” who still worry about my eternal soul, and to them, I’d like to say that my relationship with Jesus is far sweeter…far closer than it ever was when I was living a lie as a straight Christian.  There is no comparison.

Friends, Jesus is not too busy for you.  He longs for you to come to him like a child.  He doesn’t care if your face is dirty or if your knees are skint, he opens his arms to ALL of his children…and that includes you, wherever you find yourself to be.

Relationships with God are meant to be as simple as cuddling with your kitten.  There is no contract to read or sign.

No Ph.D. is required.

Go to him with child-like faith, and He will open his arms and never reject you.

Great Joy is found in the Simplicity of His Love. 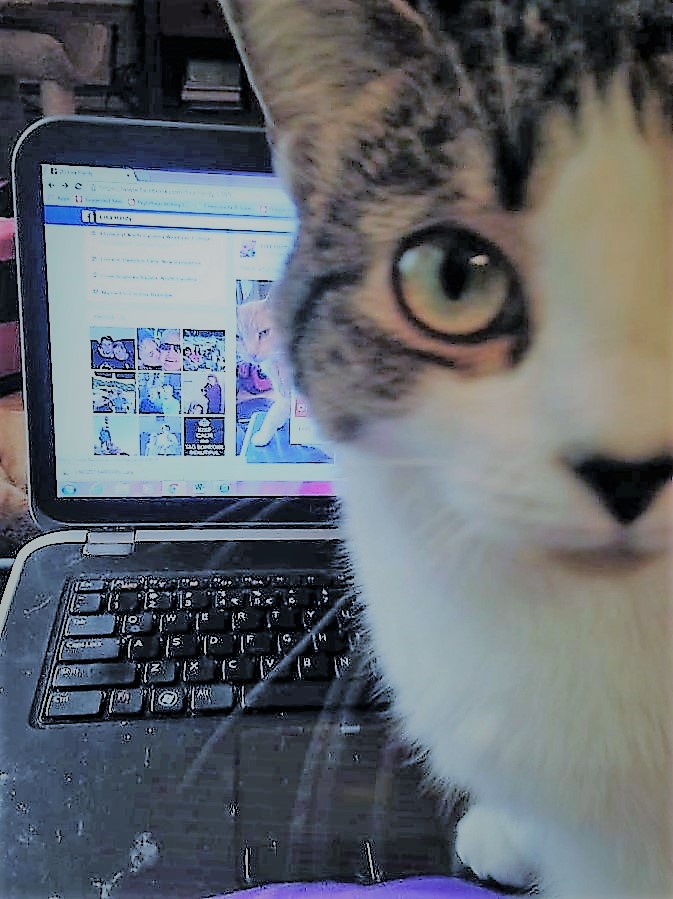 Restore to me again the joy of your salvation… (David)

However, those the Father has given me will come to me, and I will never reject them.  (Jesus)