“Close the Damn Door…were you raised in a barn!  You’re letti 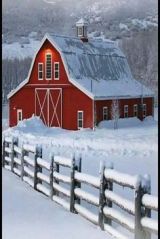 ng out all the heat!”

Have you ever heard that one?  I have and many times growing up.  We lived in a one-bedroom house heated by a wood-stove so closed doors were a must in the winter.  However, let me be sure to make one thing clear:  I’ve never heard my Mama say even one cuss word!  I chose to put the “Damn” in for dramatic purposes only.

Today I’ve been thinking about closed doors.  Closed doors seem bad because they keep us from some opportunity we deem important in our lives.   If only I aced the job interview and had gotten the job!  Ouch…that closed door hurts!  If only the lottery ticket I purchased from the 7-11 was a winner!  I could have done so much with that money and my life would be better!  BAM! The damn door was closed and someone else got the dough!  Ouch!

Thinking along these lines I recall four times the door slammed painfully shut in my life.

The first door closed to me was early in my life when I was only child of five.  I lived two doors down from Dad on the same red dead- end dirt road. I found myself outside his door calling, “Daddy…daddy….daddy….”  The door never opened and I felt hurt and rejection.

The door of wealth was closed slam shut!  As we use to say, closed as tight as a tick! (I have no idea what this means…will have to google it when I finish writing)  We were poor and survived on the sole income of our Mother.   Not that we were destitute, my no stretch of the imagination but by the end of the month the money was scarce as was the food, clothes and supplies.    I was ashamed of my clothes, my house, and dreaded going to the neighbors to borrow a cup of this or a cup of that.

The third door closed to me was the opportunity to be by my Mama’s side when she took her last breath.  The last day of her life, Virginia witnessed a late snow storm in early April.  My hotel room was an hour away via very curvy mountain roads.  I made the decision the leave early in order the maneuver my vehicle upon the slippery roads.  That night at 9:10 I received a call informing me my Mama had taken her last breath.  I was devastated because I so wanted to be with her.  I did not want her to die alone.   I’m tormented with thoughts of her being alone and I wonder if she passed in peace.  Of course the nurses assure you of the fact…but still I wonder.

After My Mama’s death emptiness became my life.  I felt alone and welcomed the prospect of a new friend in my life.  However, for some reason, that door was shut.  The rejection hurt and I couldn’t understand why?

My Dad’s closed door prepared me so I would know how it felt on the other side.    My Dad suffered from depression and it was passed on to me.  I do have days when I hear the knock but can’t bring myself to answer the door.  No matter whom it may hurt.

Growing up poor taught me appreciation, empathy and the desire to make a change in someone’s life.

I still don’t know what I’ve learned from not being at my Mom’s side…but one day I will know.  Perhaps she will tell me.

Relationships can be toxic and sometimes it’s best to close the door…even if it hurts.

And so…on pondering closed doors…I’ve come to believe that they are closed for a reason.  Whether we believe it from God or Fate it’s good to give thanks for closed doors even when we don’t understand.  So today as walk the path I am conscious of my ignorance and it’s with Grace in mind that I pray:  God….please close the damn door!