I thought it would be interesting to start a series from Solomon’s book of Proverbs.  What is a proverb?  Well according to the NLT Bible,  “A proverb is a short, concise sentence that conveys moral truth.”   To paraphrase, a proverb is a nugget of wisdom, and when used makes our life better.  Knowledge is good, but it benefits us little until it is applied. 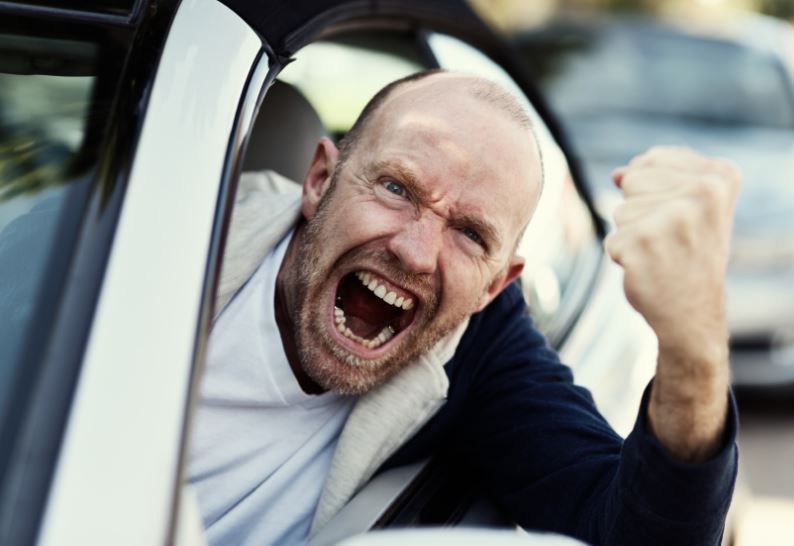 Beginning a quarrel is like opening a floodgate, so drop the matter before a dispute breaks out.  Proverbs 17:14

There were five lanes of traffic to cross, so I patiently bid my time.  When the perfect moment arrived, I pulled out of Food Lions’s parking lot, turned left, and headed West, towards home.  I eased into the correct lane and was content on the journey; however, after only a few seconds of peace, I heard horns blowing and tires screeching.  I glanced in my rearview mirror to see what had caused such a ruckus.  It seemed the truck that had sat behind me in Food Lion’s parking lot, had recklessly pulled out in front of the oncoming traffic.  A number of vehicles came to a complete stop in order to avoid an accident.  The truck was now speeding, closing the distance between us.

“What in the world,”  I said, thinking there must be some sort of emergency for the man in the truck to so carelessly tempt harm.  He pulled up beside me on the passenger side.  I noticed his window was down, and he was leaning out trying to get my attention.

My first thought… “OMG…I’ve got a flat tire…”

So, I rolled my window down to hear what he was saying.  With his face contorted in anger, the man began tossing F-bombs in my direction.  My stomach dropped and I wondered what in the world I had done to upset this man, and then the “B-word” came out, and I realized I was being cussed out because of a certain political sticker on my bumper.

I couldn’t believe this person would risk his life and lives of others in order to “rip me a new” over my political views.

After the initial shock wore off, I did the only thing that came to mind…I laughed. That pissed him off even more and again he bathed me with “Bitches and F-bombs.”  After he had his say,  he floored it and swerved in front of me.  I slowed down to keep a safe distance between us.  The southern bell in me wanted to say, “Bless his heart…,” the Christian in me wanted to pray, and the rebel inside wanted to flip him off.

On that particular day, I was a rebel.

Not the wisest decision on my part…I know…

For the rest of the day, I played out the scenario in my mind and rehearsed cute little comebacks, I wished I would have said to “get back” at the obnoxious man.

Sometimes I wish I could be “quick-draw” with the witty comebacks!  Then, I wouldn’t have to bop myself on the head later and say, “Man…I WISH I would’ve said that!”

I believe it’s human nature to think and feel this way…but that doesn’t make it right.

Cute little comebacks do much to appease our pride but do little to accomplish peace.

Quite the opposite…it only opens the floodgate.  Once the dam has broken there’s little we can do to hold back a flood.  Most of the time, our best course of action is to drop the matter, or at least put it off until tempers have cooled and the subject can be discussed in a somewhat peaceable manner.

Two cannot quarrel when one will not.  –David C. Egner

Holy Spirit, please temper what I say and do.  I need your strength and intervention.  Amen.

Epilogue…after the incident above, I peeled the sticker from my bumper, not because I was ashamed of my political views, but because I thought it best to curtail future road rage.