Look at the lilies and how they grow.

Jesus once said, “Consider the lilies and how they grow.”

After reading this I began to consider these beautiful flowers.

I pictured them growing alongside the white fence in our backyard.  I thought the splash of color they would bring against the white would be breathtaking.  Little did I know they would be “breathtaking” in another and more deadly way.

The article I was reading recommended planting the bulbs in 8 to 10 inches of rich and well-drained soil, to plant where they can bask in full sunlight,  and to take extra care to protect your lilies from voles, deer, and beetles.  Then came the next “breathtaking” sentence…

“Many lilies are highly toxic to cats, causing acute kidney failure if eaten.”

Now, if you were to ask me my favorite animal, I wouldn’t hesitate in saying, cats.  I have two that I love dearly, Morris and Luna.  Luna’s precious face adorns the heading of this blog.  Morris and Luna are not “just” cats…they are my babies, and the thought that I could have something around the house that could take them from me, scares the hell out of me.

I’m a gardener of sorts, in that, I have a few raised beds for veggies, a rose garden, and a few inside plants scattered about my home.  After reading the article about lilies, I began to wonder if any of my plants were toxic to not only my cats but to my dogs as well.

I don’t worry much the Cyclamen plant because it is placed high and out of reach, however, not so with the Daffodils and Tulips.  Both lay naked by my raised bed of corn, cucumbers, and a green bell pepper.  Just the other day I pulled bulbs from the bed in order to plant the veggies.  I tossed the bulbs on the ground beside the bed, thinking I’ll pick them up later.  Of course later never came and the bulbs still lay where lay.

Picking up the bulbs and tossing them in the trash is number one on today’s “gay agenda.”   Number 2…thanking Jesus for asking me to “…consider the lilies!”

Toxic and Non-Toxic Plants Per ASPCA 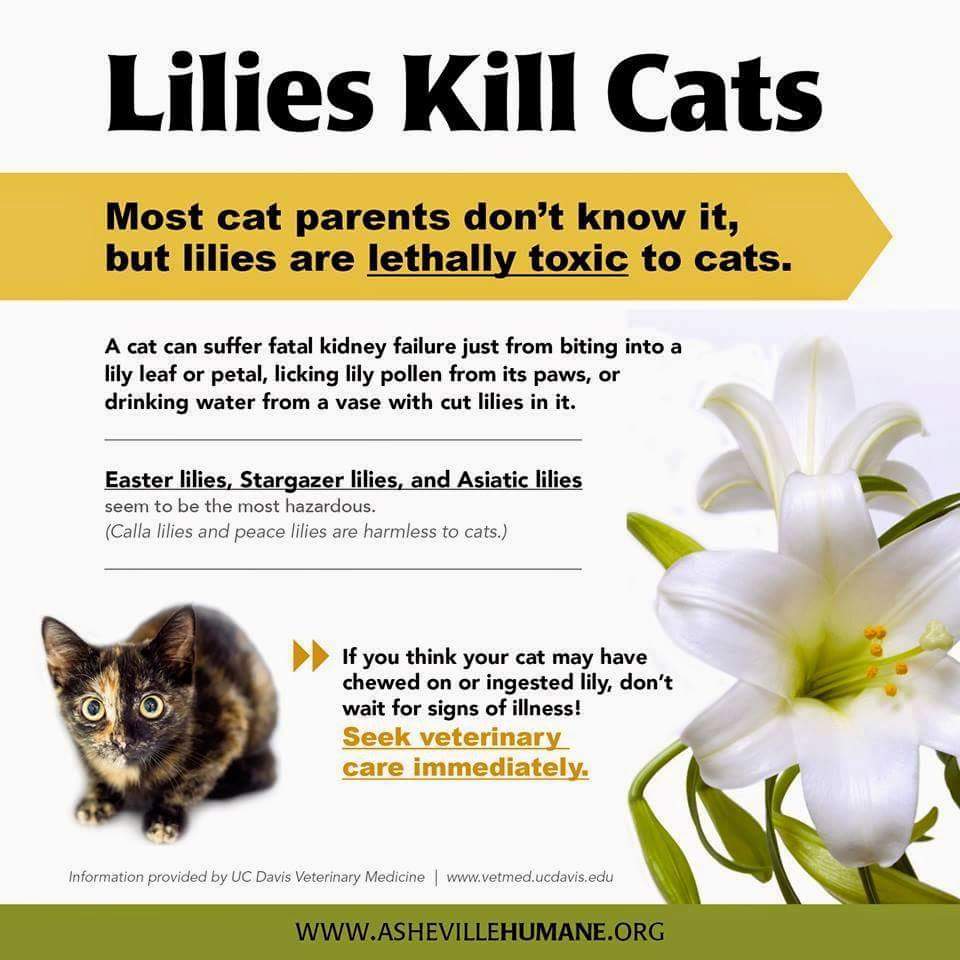