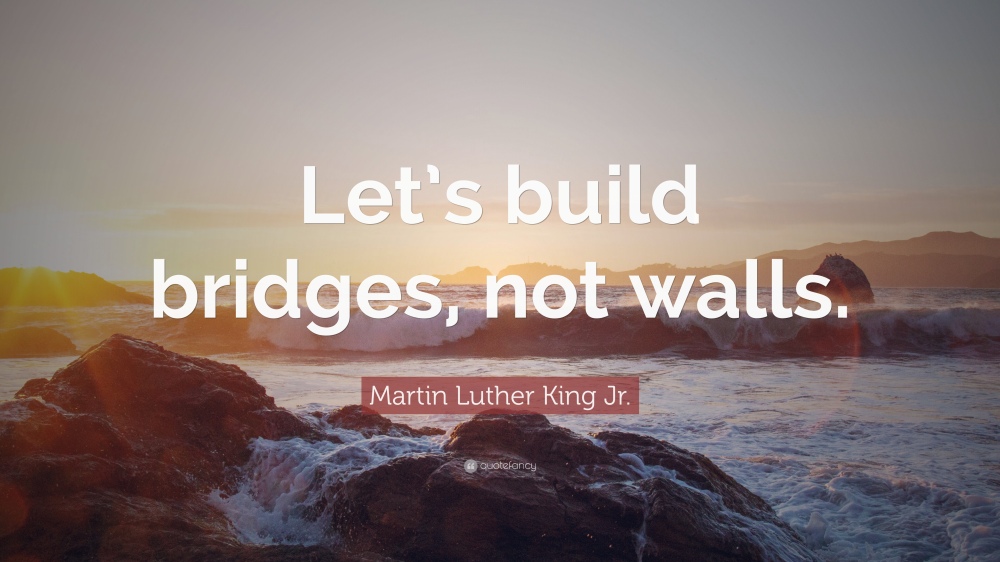 God has called us to build bridges and not walls.  The whole story of Christ’s life, testifies to this.  During his ministry, Jesus broke down many walls of separation.

Jesus leveled the playing field, where all are equal, and He calls us to do the same.

For He is our peace.  He has made us both one body, and has broken down the hostile, dividing wall between us.  Ephesians 2:14